Hi, my name is Maria. I come from a military family. I was born in Seoul, South Korea and moved to the USA in 1970. I speak Korean, but not super well; my husband calls it “koenglish”. It’s Korean and English put together.  I am the mother of four children, two boys and two girls; it’s like I have the Brady bunch going on.  I am also a young grandmother to a girl, and a boy.

I enjoy sewing and binge-watching my favorite shows as well as old school movies like the Sound of Music and My Fair Lady.  I am also partial to movies from Marvel Comics.

I currently live in San Jose, California. Prior to this, and for over 33 years, I lived in a small town named Marina. Marina is a city near Monterey and next to Fort Ord, a former Army post which closed in 1994.

I became a Mobile Notary after my father passed away. When he was in the hospital, we had a hard time finding a mobile notary to come out to the hospital. At that time, I thought notary work was a service I would like to do.

I decided once I became a Mobile Notary I would save time and stress by coming to you for all your notary needs. I put you first, anyone can do your notary work, but it’s “The Service That Matters”.

Because of my background with the military, it gives me pleasure to offer a 10% discount to all military personnel (with military ID), and Veterans too.

I also hold Life and Health Insurance credentials through the state of California, working part-time for a nationally known insurance and travel company. 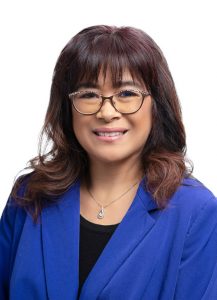 Check out Diamond Mobile Notary on Facebook, LinkedIn and Yelp.

I am not an attorney and therefore, by law, can not explain or interpret the contents of any document for you, instruct you on how to complete a document or direct you on the advisability of signing a particular document. By doing so, I would be engaging in the ‘unauthorized practice of law’ and could face legal penalties that include the possibility of losing my commission, and even fines and jail time.